A foosball table that has to be played with power drills.

Growing up in Argentina was all about soccer. I was 4 years old when Maradona brought home the World Cup and the myth of the “Hand of God” was born. At that age I was ecstatic just by kicking a ball forward. Similarly, a few years later I learned about “building” toys and became obsessed by making things with my two hands.

In this interactive artwork which I call “foosmill table” I expose my two passions from my childhood -soccer and making- as well as my love for furniture as a designer.

I found and old foosball table on craigslist for $30 which I wanted to use mainly to take some measurements and see if I could reuse some parts. 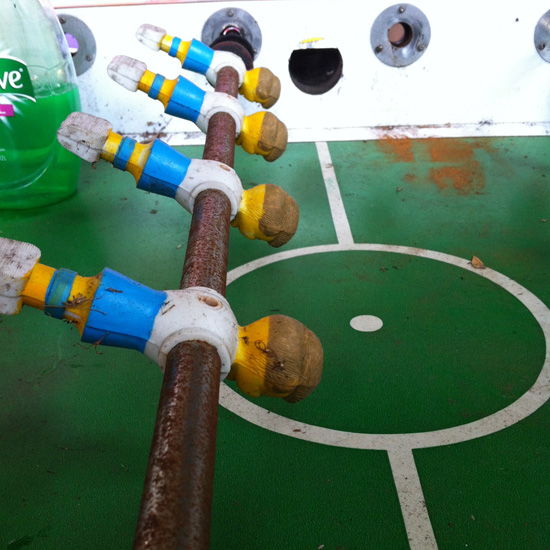 The table was in a really bad shape so I started by removing all the hardware and see if I could reuse it. 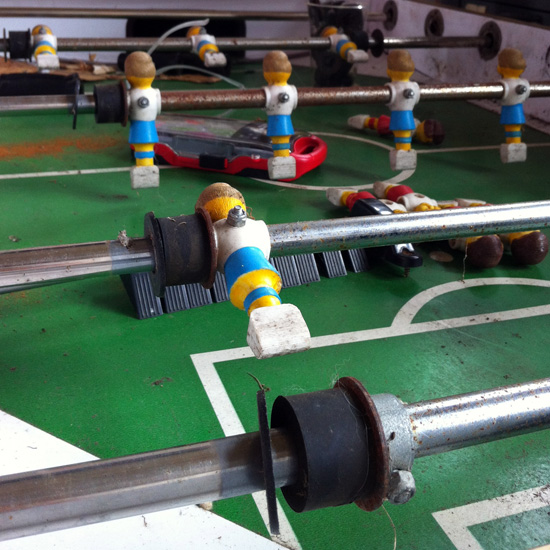 I did an inventory of the parts removed. 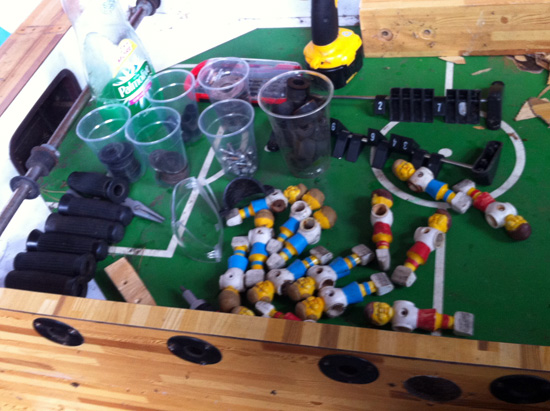 Here was my attempt in refurbishing some of the pieces: sandblasting the steel rods and washers. Check out, before and after:

After taking some measurements I designed my own foosball table inspired in my favorite team’s stadium, Independiente (Argentina), which was actually the first cement stadium in South America.

The nickname of that stadium is: Doble Viser, because of the two roofs behind the goals. 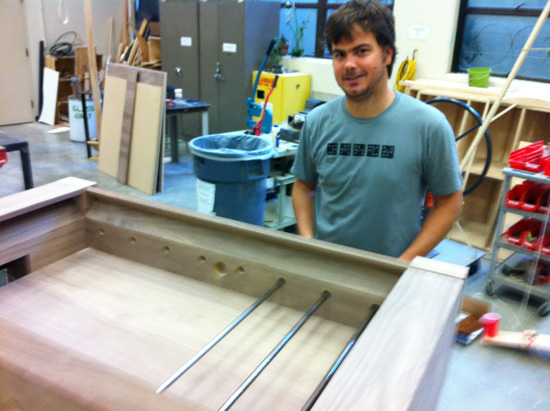 A couple of years ago Independiente’s stadium went under remodeling and they added 4 pillars in each  corner as well as some lighting. Part of my design was adding that light on the sides with a 45 degree angle. 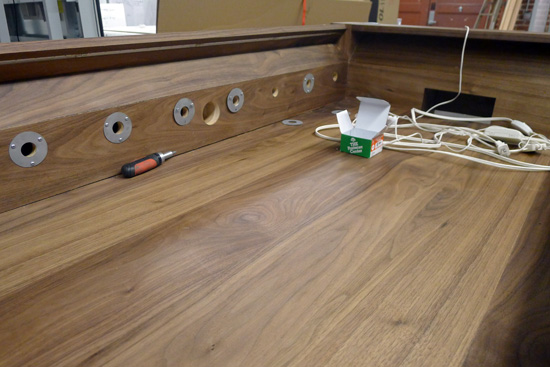 Here is a picture of how the illumination was going to work. 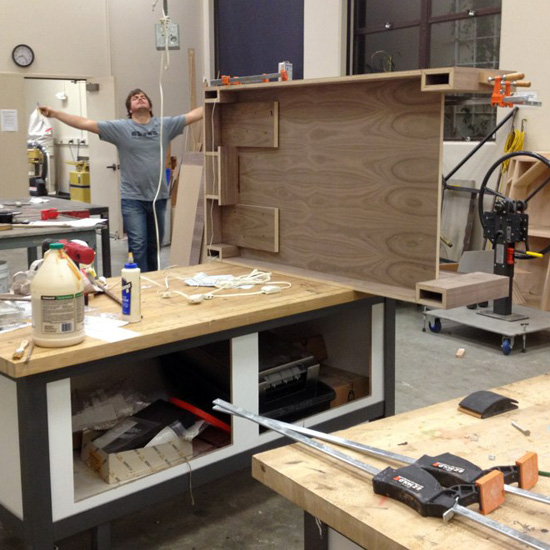 Came back to the woodshop and added the legs to the table:

And started to assemble the pieces together: 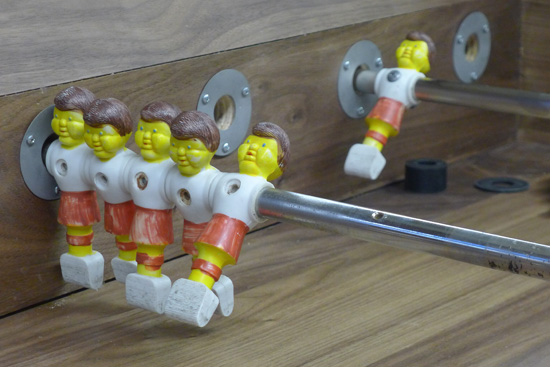 And took some funny pictures. Here is foosball-kid posing: 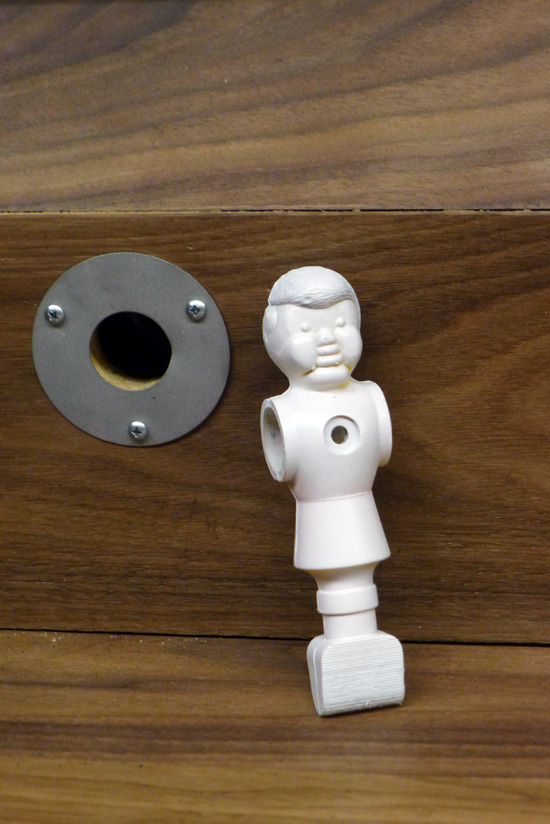 And playing hide and seek: 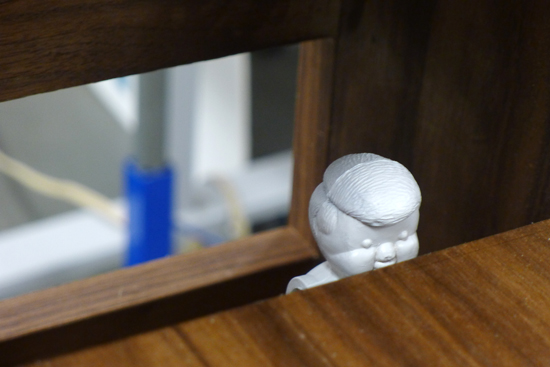 I had to stop to reflect for a few seconds, this was driving me crazy: 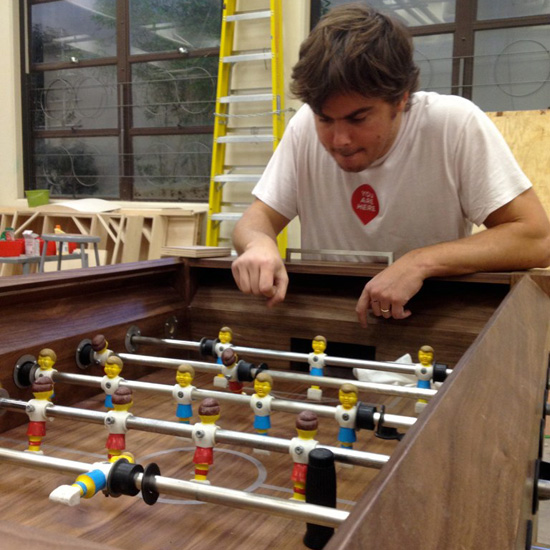 Took the foosball to the Design Loft and see if they were having fun: 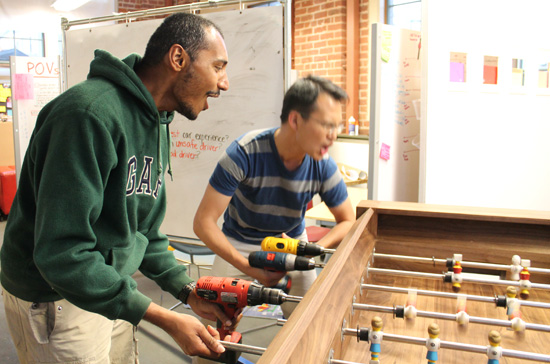 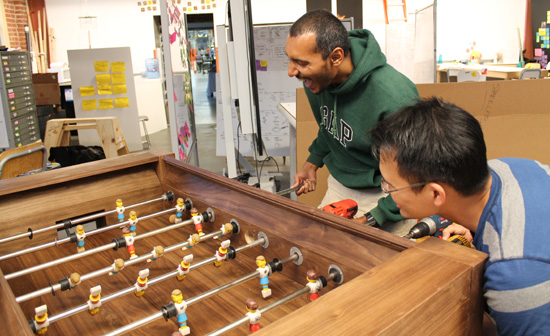 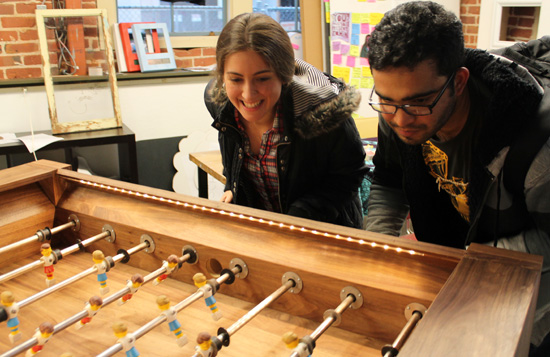 A few days later it was exhibited at the Thomas Welton Gallery at Stanford University where hundreds of people had the most awesome foosball experience: 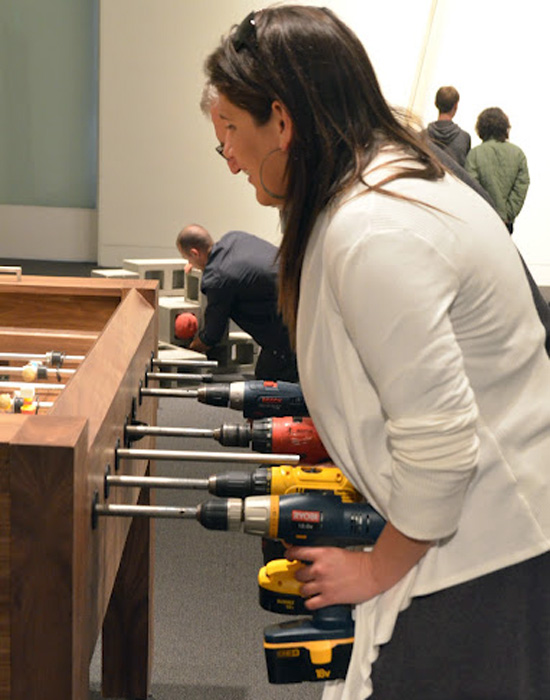 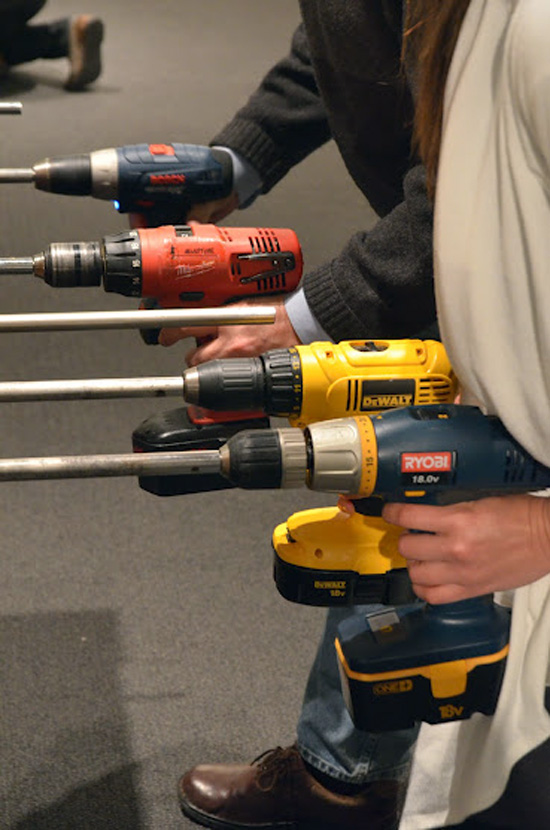 I dressed up for the occasion with Independiente (Arg.) jersey and played too: 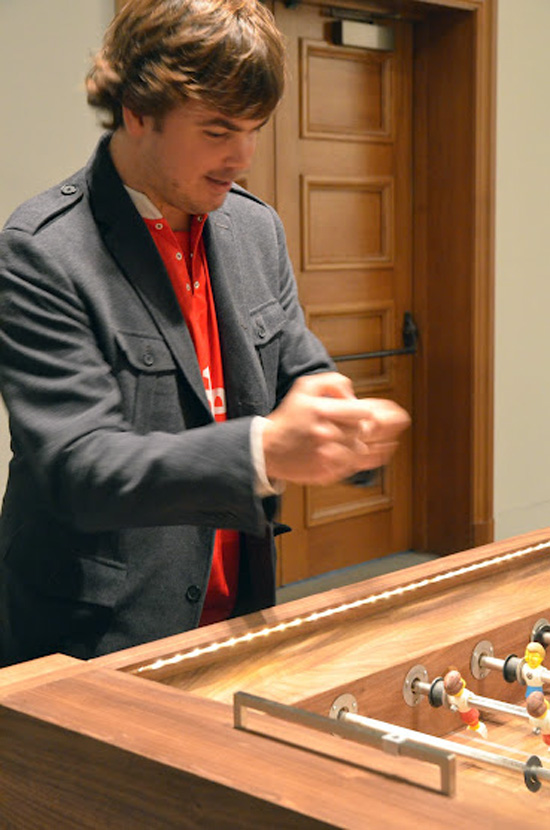 Alejandro studied Industrial Design at the Universidad de Buenos Aires, Argentina and later pursued a Masters in Furniture Design. After working for a design consultancy designing Point of Purchase and developing retail furniture for Lacoste and Puma he decided to open his own studio. Since then, he has won several design competitions and participated in design fairs. In addition, he also founded a sustainable company called Agori which makes value added products from the wood of trees blown down by storms and strong winds.

Alejandro came to Stanford to strengthen his design thinking and innovation skills. As much as he tried to move away from furniture he ended up designing more than 7 chairs in the last 15 months. He’s been experimenting with plywood, fiberglass, FDM and chainsaws as well as working on a medical device for developing countries